The market offers a large number of different drives, which using NAND Flash memory. The most common are USB drives and micro SD cards used in smartphones. Also there are already going into the history of Compact Flash (CF), XD, SmartMedia (SM), Disk-on-chip, Memory Stick and other exotic formats. SD cards - it's just Big Brother micro SD, otherwise they are the same.

All these drives are built according to one principle, only the appearance and interface of connection is different. Disadvantages and problems of Flash drives result from the shortcomings of the memory on which they are built. First of all, this is a limited resource for the write cycles, and a limited life of data in the memory cell. There are three main types of flash memory - SLC, MLC and TLC. These abbreviations mean the number of bits of data stored in one memory cell. In case of more data stored in cell, cell has less endurance and less time of data retention. But this memory is cheaper for the customer. Therefore, the most common memory is with the type of TLC cell, and with the worst reliability of all three types - it's is very cheap. To understand what kind of reliability we are talking about - the average declared endurancy of such memory is 300 cycles of memory cell rewriting and from 3 months of guaranteed data retention.

There are relatively simple problems that we cope with without problems - these are file system corruption on the USB flash drive, or deleted files. We have our own methods and software written for these methods to restore deleted fragmented video files. The most common example is that Canon EOS cameras, as well as most car DVRs. In the section of articles on our website, we try to show examples of such works, for example, here is the case of the Canon Legria video camera. Handle any non-standard case, maybe we can help!

Even simpler problems are broken connectors on USB drives or burned-out elements on the board - in such cases, data recovery can often be done very quickly and quite inexpensively.

The most common problem with which flash drives get to us for data recovery are the destruction of internal service data and the "discharged" memory, when memory cells have already partially lost their charge. In both cases, the controller inside the drive at power-up can not read the data it needs for work. Consequence - the flash drive is not detected, or it is determined in the operating system with 0 size. We are able to recover data from such drives, but the probability of success is the higher, the smaller the flash drive lay idle. Each extra month is a loss of charge in the memory cells. Therefore, if you have a defective flash drive, and you are thinking about restore data from it - do not drag out for a long time.

To restore data from the drive with the problem described in the previous paragraph, there is only one way - it is reading out the contents of NAND memory bypassing the controller, and assembling the resulting "raw" image into files, as we usually see its. In the case of a conventional USB flash drive, there are no difficulties with the first one - we desolder the memory chip and install it into the programmer

However, there are USB drives in which there are no separate chips. We call them "monoliths". They are made on a principle similar to micro SD cards - just a piece of plastic, inside which are filled with compound crystals of microchips. Here, access to NAND memory is more difficult, but possible. With such drives, we also know how to recover data, and in some cases we can calculate "pinouts" for previously unknown flash drives. In the section of articles there is an example of data recovery from the "monolith".

A little bit of the cost of data recovery from Flash drives. In simple cases, when do not need to read NAND memory using the programmer, the cost can be 800-1000 UAH, sometimes even cheaper. In the case of deleted files or a damaged file system - from 1000 to 2000 UAH, in rare cases, when we need to write a software for your particular case (usually the restoration of fragmented video files) - up to 5000 UAH. If need desolder NAND chips, and it is not a "monolith" - the cost is usually 1500-2000 UAH. If we are talking about the micro SD card or about another "monolith" and its soldering - the cost is more often 3500-4000 UAH, but it can be more expensive if we have to calculate the pinout.

In any case, the diagnosis is FREE OF CHARGE. Bring us your flash drive, we will determine the problem and the cost of the restoration work.

We also want to warn you that you do not need to try to restore the USB flash drive (refers to USB drives) with the help of repair utilities. They, of course, are most likely to be repaired with a flash drive, but there is no data left in it, and we can not help it here. 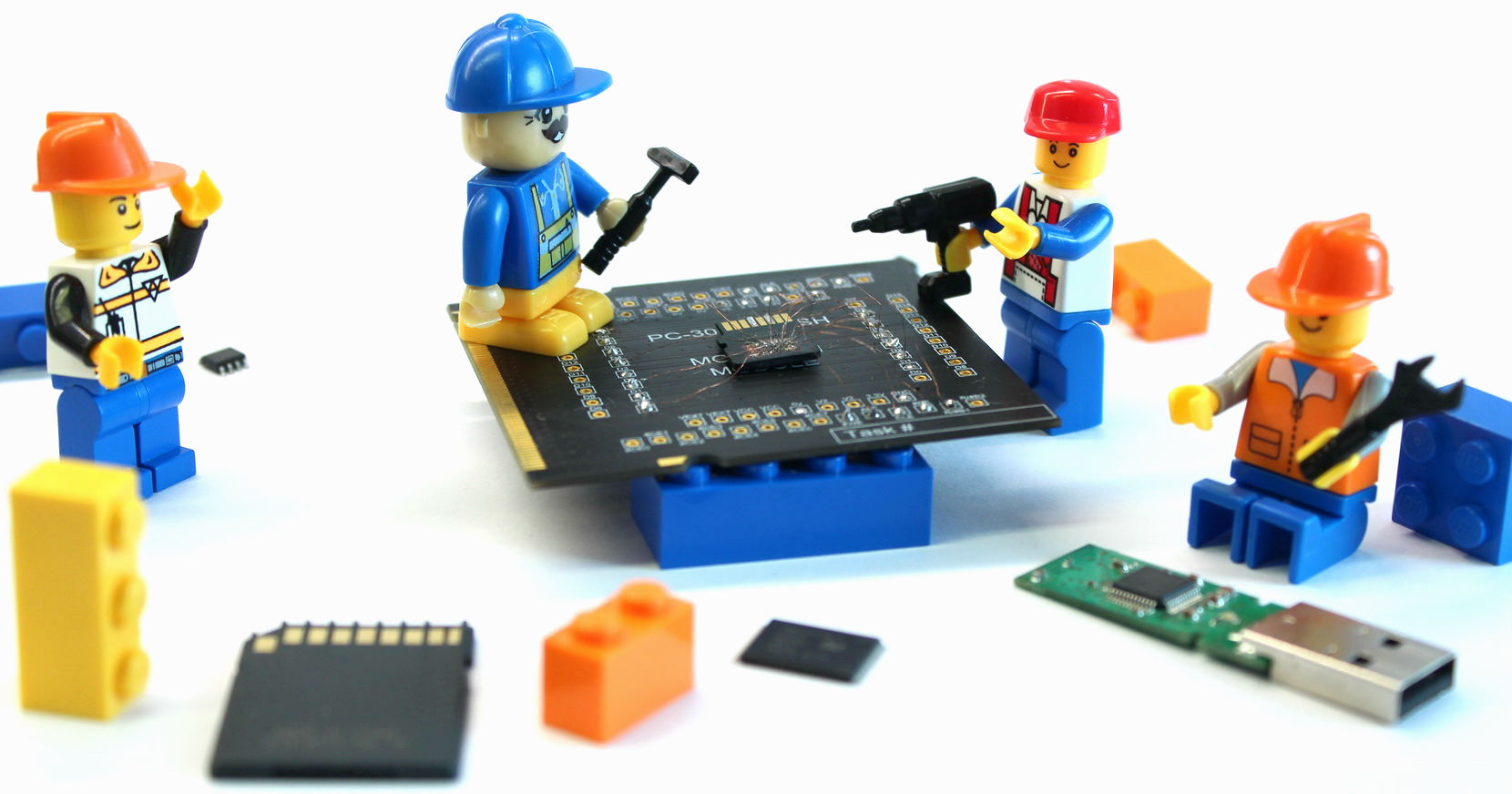